It all started with Scotland Yard

It all started with Scotland Yard 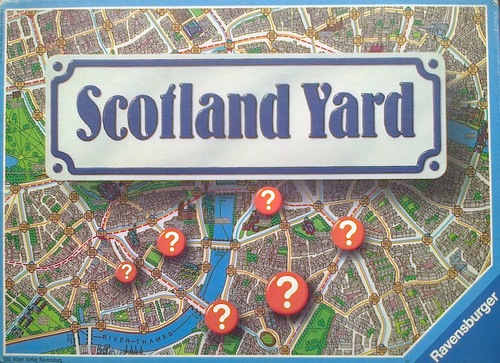 My gaming career started around this time of year when I was eleven years old. I cannot recall how I found out about Scotland Yard, but somehow the gift shop in my little town had a copy of the game and I had enough savings to buy it.

There was one little problem though. How should I explain purchasing this game to my parents? Because I did not want to ask for their permission. It was only a few days before Sinterklaas (a kind of Santa Claus), whhich meant my brothers and I would be getting a lot of other gifts too. I was afraid my parents would ask me to postpone the purchase.

After mulling it over for some time, I saw that the solution was right there in front of me. My mother would hide all the gifts throughout the house. On the evening of Sinterklaas my brothers and I would go and search for these gifts room by room. We would take them down to the living room and open them there. All I had to do was make sure that my copy of Scotland Yard was wrapped as a gift and hidden somewhere to be found.

So the plan was set. I bought the game, I hid it, we ‘found’ it and acted really surprised when it turned out to be this cool game. The next day I read the rules and we started playing. And man, have we played that game often!

My mother told me much later, that she had been extremely puzzled about this gift. She was 100% sure she had not bought it. My father said he had not bought it either. Neither had our grandparents. So who then? It had taken her a few months before she found out that we had actually bought it ourselves. 🙂