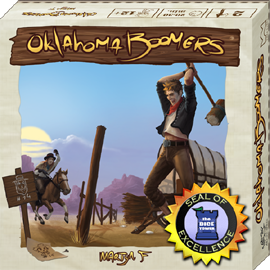 Today it is April 23, 1889. The Oklahoma Land Run is over and thousands of colonists (boomers) are settling down on a piece of prairie, just like your boomers. Now it is up to you, to help them claim their homesteads.

In your turn you can place cornerstones on the game board, thereby creating borders for the homesteads. By thinking ahead and playing wisely, your Boomers will be able to claim the largest part of the land!

You want more? Try out the four expansions.

Oklahoma Boomers has received the “Seal of Excellence” from The Dice Tower! 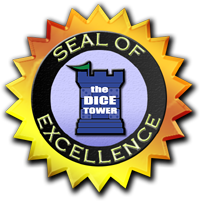 Go to the next page about Oklahoma Boomers