Oklahoma Boomers is not difficult to learn. The game rules have been structured in such a way that most people will have no difficulty in playing the game.

Many illustrations help to clarify the rules.

Shakka has been so nice to translate the game rules into French!

I explain most of the game rules in this video on the Spieleschmiede-site.

I have developed four expansions for Oklahoma Boomers. 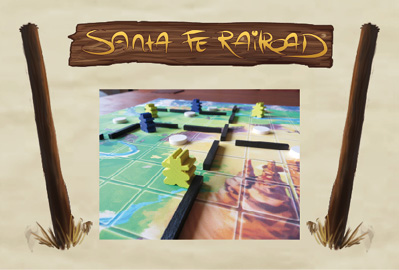 The Santa Fe Railroad opens up the prairie.

A homestead can only be lying on one side of the track however.

This means that you can not be sure that the player with the largest area simply wins the game! 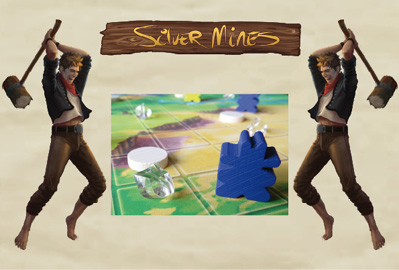 The silver mines score extra points at the end of the game. In fact, they score so many points that you will prefer a smaller area with a mine above a larger one without.

This turns Oklahoma Boomers into a completely different game! 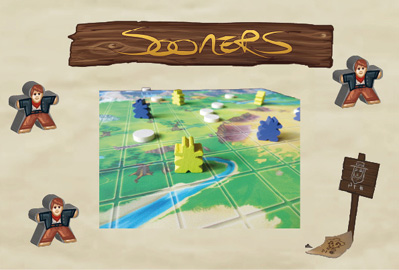 Sooners were boomers that cheated!

They would enter the prairie before the official start of the Land Run. Even though that was not allowed.

As penalty they must help the boomers by placing cornerstones.

But beware! Sooners can suddenly change from a good help to a big threat! 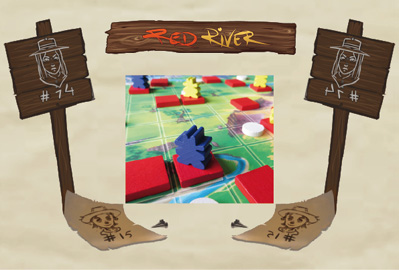 The Red River is filled with water again. The drought has finally ended!

It takes some time to cross the deeper parts of the river however.

The Red River adds a whole new dynamic to a game of Oklahoma Boomers! 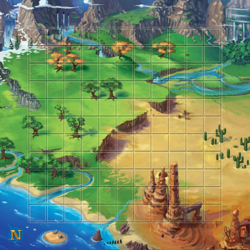